Patients who take antidepressants and opioids together can experience serious health risks. Despite that risk, doctors co-prescribed the two drug types in over 17 million office visits between 2013 and 2014, according to a 2018 study from Drug, Healthcare, and Patient Safety. New research has shed more light on the dangerous consequences of these drug interactions. Millions of patients taking both drug types now face the question of how to address these risks and whether to reevaluate their antidepressant and painkiller prescriptions with their doctors.

Some of the Risks of Taking Antidepressants and Opioids Together

1. Opioids Can Stop Working as Well

A 2019 PLOS One study revealed that the class of antidepressants known as selective serotonin reuptake inhibitors (SSRIs) — such as Prozac and Zoloft — can impede the effectiveness of some common opioids known as prodrug opioids. This group of opioids includes codeine and hydrocodone, sold under various brand names such as Lorcet, Lortab, Norco, and Vicodin. Prodrug opioids are metabolized in the liver by a specific enzyme, but SSRIs inhibit that enzyme. That makes combinations like Zoloft and Vicodin potentially harmful, for example.

The researchers studied over 4,000 surgical patients who were taking SSRIs. Patients in the study reported more pain on a scale of one to 10 after surgery, even eight weeks later. The researchers attributed the higher level of pain to the SSRIs decreasing the opioids’ effectiveness. This study focused exclusively on the interaction between SSRIs and prodrug opioids. Prodrug opioids are different from direct-acting opioids such as morphine and oxycodone.

Patients like those in these studies face an added risk on top of significant pain, however. They also could develop opioid tolerance. When some people stop feeling relief from the opioids they have been taking, they are at risk of taking more of the drug than originally prescribed. People who do start taking more opioids to compensate for an SSRI inhibiting an opioid’s effectiveness —could potentially develop an opioid tolerance.

Antidepressant and opioid drug interactions can cause serotonin syndrome. Serotonin syndrome is also referred to as serotonin toxicity. It’s a condition in which the body has too much serotonin, resulting in mild to life-threatening symptoms.

Types of antidepressants associated with an increased risk for serotonin syndrome include:

According to Neurology Times, meperidine (sold under brand names such as Demerol), methadone, and tramadol carry label warnings about the risk of serotonin syndrome. Still, other opioids most commonly linked to serotonin syndrome include:

The 2018 Drug, Healthcare, and Patient Safety study on co-prescribed antidepressants and opioids noted that tramadol predominated among the opioid combinations observed in the study. “Despite its warning label at that time, [this predominance] suggests that prescribers may lack awareness of the risk of excess serotonin agonism or perceive this risk to be negligible in their clinical decision making,” wrote the researchers. “This finding is of particular interest, as tramadol has been reportedly linked to a greater number of cases of serotonin syndrome than have other opioid agents.”

According to the Drug Enforcement Administration, more than 40 million tramadol prescriptions were dispensed in 2017, and 1.6 million people reported misusing tramadol that year. Prozac, the first SSRI to hit the market and still one of the most popular, was dispensed more than 24 million times in 2012 alone, according to Statista. There is a significant chance of people taking tramadol and Prozac at such prescribing rates, presenting a risk for serotonin toxicity.

Serotonin toxicity symptoms can include but are not limited to the following health concerns, depending on the combination of antidepressants and opioids:

One study in the Journal of Post-Acute and Long-Term Care Medicine concluded that since serotonin syndrome (SS) is a clinical diagnosis, “heightened clinician awareness of the possibility of SS among patients receiving SSRI or mirtazapine in combination with opioids may lead to earlier detection and avoidance of potentially lethal consequences.”

3. Side Effects of Both Drugs Could Intensify

Because both drug types have side effects in common, taking them together means a person could experience those effects more intensely. For example, taking two medications that lower respiration, such as Xanax and hydrocodone, could potentially cause a person to stop breathing, depending on the drugs and dosages. 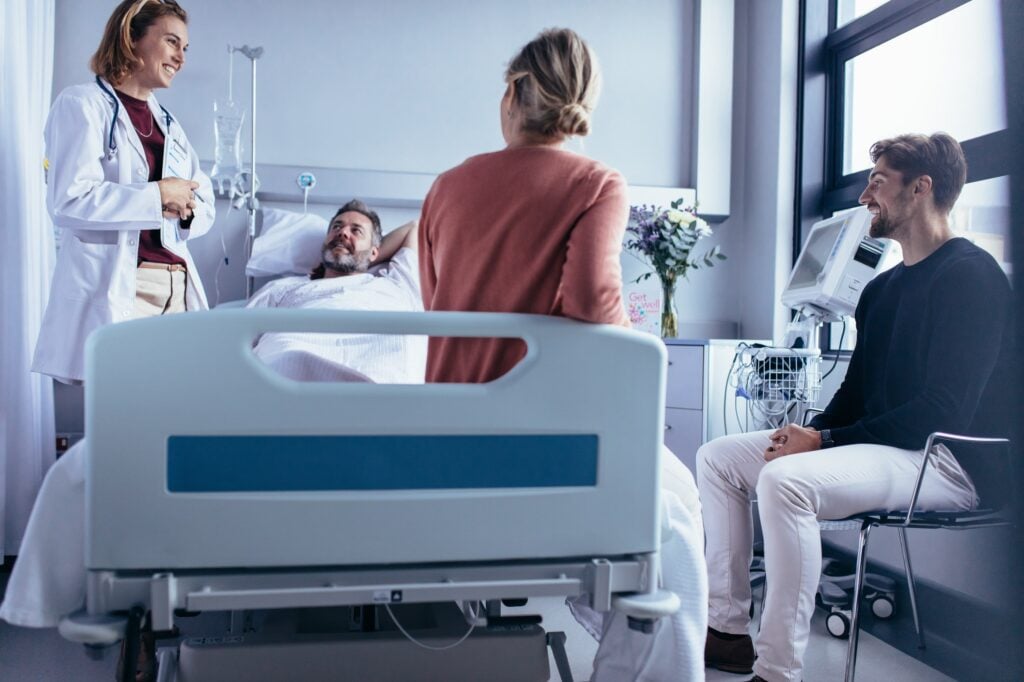 How You Can Reduce Your Risk of These Adverse Drug Interactions

Anticipating drug interactions is complicated. And for the average person, reading the full drug information pamphlet that comes with prescriptions can be daunting. The more patients and doctors communicate about antidepressants, opioids, and drug interactions, the better their chances of reducing health risks.

If you need or want to get off of opioids to reduce your risk of adverse drug interactions or to reverse opioid dependence, medical detoxification might be a treatment option for you. Rapid detox is anesthesia-assisted detox performed in a hospital by a medical doctor. Waismann Method® has been a worldwide leader in this field since 1998. Waismann Method® also offers non-anesthesia medical detox for patients not eligible for anesthesia, depending on their needs and factors such as type and amount of drug.

Patients who detox in unsafe or inadequate circumstances risk significant discomfort, pain, or health complications. The Waismann Treatment™ offers the peace of mind of being in a full-service hospital treated by highly experienced medical professionals.

This medical team conducts a comprehensive medical evaluation before the Waismann Detox™ that accounts for any medications or health issues you might have. During the inpatient detox treatment, your vitals are monitored around the clock to ensure your well-being and make you as comfortable as possible.

Once you have completed the detox, your body is opioid-free. You can then address any other medical or emotional needs without the burden of opioids.

All content found on this website, including text, images, audio, or other formats, was created only for informational purposes. The content is not intended to be a substitute for professional medical advice, diagnosis, or treatment. Always seek your physician’s advice or another qualified health provider with any questions you may have regarding a medical condition. Never disregard professional medical advice or delay in seeking it because of something you have read on this website.

If you think you may have a medical emergency, call your doctor, go to the emergency department, or call 911 immediately. Reliance on any information provided by this website, its employees, contracted writers or medical professionals presenting content for publication to this website is solely at your own risk.

The site and its content are provided on an “as is” basis.

Links to educational content not created by this website are taken at your own risk. This website is not responsible for the claims of external websites and education companies.

All topics for the Opiates.com blog are selected and written based on high standards of editorial quality, including cited sources. Articles are reviewed by Clare Waismann, CATC, and founder of Waismann Method®, for accuracy, credibility, and relevancy to the audience. Clare Waismann as an authority and expert on opioid dependence, opioid use disorder, substance dependence, detoxification treatments, detox recovery, and other topics covered on the Opiates.com blog. Some articles are additionally reviewed by one of Waismann Method®’s specialists, depending on their field of expertise. For additional information and disclaimers regarding third-party sources and content for informational purposes only, please see our Terms of Service.