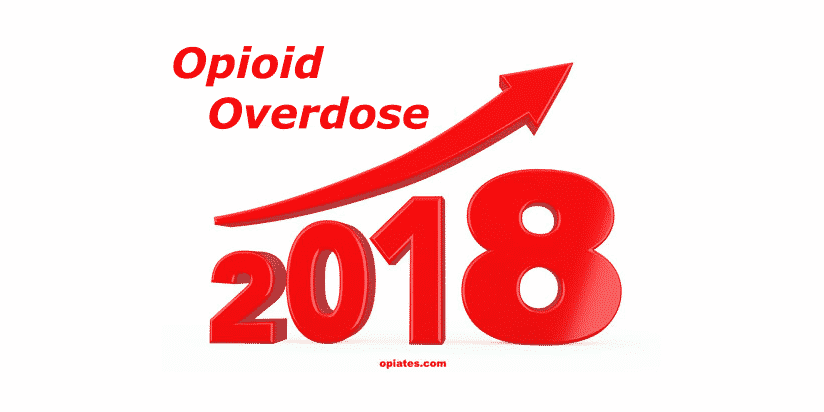 The opioid crisis gained national attention over the past few years. It was discussed in the presidential race, the halls of Congress, and in households across the country. Now, a new report from the Centers for Disease Control and Prevention (CDC) details the alarming spike in opioid overdose deaths over the past few years. Although prescription opioid painkillers are a major cause of opioid addiction, fentanyl, heroin, and methadone also play a role. Learn how the opioid crisis is affecting U.S. communities and what experts plan to do to help.Exceptional Care & Better Outcome. Get In Touch With Us Today!

CDC report demonstrates prevalence of opioid overdose in the United States. The CDC released its report on the opioid crisis in an effort to continue to engage health professionals and law enforcement in efforts to combat addiction to heroin, fentanyl, and other opioids. The report tracked drug overdose deaths over a 15-year period, beginning in 1999. By examining drug overdose deaths based on age, gender, region of the country, and drug of abuse, the CDC gains a better understanding of the breadth of the opioid epidemic and what may be done to combat it.

The most striking takeaway from the CDC report is that opioid-related overdose deaths nearly tripled from 1999 to 2014. In 2014, the most recent year for which data were available, 28,647 people died because of opioid overdose. Tens of thousands more continue to live with opioid addiction, misusing prescription painkillers or purchasing street drugs to fuel their addiction. Examining the CDC report reveals the true scope of the opioid epidemic in the United States. Consider these startling statistics:

Sadly, the opioid epidemic shows no signs of stopping. In a single year from 2014 to 2015, overall rates of opioid overdose deaths rose 2.6%, representing thousands of deaths across the country.Exceptional Care & Better Outcome. Get In Touch With Us Today!

Patterns of Opioid and Heroin Abuse

In addition to characterizing the overall pattern of opioid overdose deaths in the United States, the CDC report also broke figures down by a variety of demographic factors. The prevailing stereotype of the opioid crisis that is that it disproportionately affects young people from a low socioeconomic status, many of whom are racial minorities. However, the CDC report illustrates that the opioid epidemic is a near-universal problem affecting individuals from nearly all communities in the United States.

First, the CDC report examines whether there is a gender difference in rates of opioid-related overdose deaths. Men died from overdosing on synthetic opioids such as fentanyl at twice the rate as women. When it comes to deaths from heroin overdose, men died at three times the rate of women. This suggests that men continue to be disproportionately affected by the opioid crisis, particularly when using synthetic opioids and heroin.

The CDC report also examined overdose death rates by age range. Many people mistakenly believe that young adults are the only people affected by the opioid crisis, with older adults being relatively spared. The figures from this report indicate otherwise. Younger people continue to take the brunt of the opioid epidemic, with death rates due to synthetic opioids up 91.7% among those 15-24 and up 94.1% among those 25-34. However, older adults also continue to abuse synthetic opioids. Among people aged 55-64, overdose deaths due to synthetic opioids increased 52.6%, while rates increased 25% among individuals older than 65. Interestingly, when it comes to heroin overdose deaths, the 65+ age range showed the greatest jump from 2014 to 2015, with deaths increasing by 33.3%. Taken together, these figures illustrate the breadth of the opioid epidemic and its increasing toll on older Americans.

Finally, data about geography and racial background demonstrate the scope of the opioid crisis. White, non-Hispanic Americans died of synthetic opioid overdose at twice the rate of black Americans. The figures for heroin overdose are similar, with white Americans affected at a higher rate than black or Latino Americans. This may be related to the geography of the opioid epidemic, which has hit rural regions particularly hard. West Virginia, New Hampshire, Kentucky, Ohio, and Rhode Island have the highest rates of overdose deaths in the country.

What to do about Opioid Crisis

The CDC report makes clear that the opioid epidemic is a serious public health concern. With the rising prevalence of deaths due to heroin, fentanyl, and other opioids, it becomes clear that our current strategy is ineffective. Expanding access to effective drug treatment resources should be a top priority for public health officials. Programs like the Waismann Method are at the forefront of the opioid treatment movement. Furthermore, providing access to medical detoxification and aftercare that results in long-lasting recovery. Given the scope of the opioid epidemic, it is essential to recognize that anyone may be at risk. Young or old, black or white, rich or poor — anyone can struggle with opioid addiction and may benefit from a life-saving detox programs.
Source
https://www.cdc.gov/mmwr/volumes/65/wr/pdfs/mm655051e1.pdf
Published on Jan. 8, 2018
Reviewed by Clare Waismann, CATC, Founder of Waismann Method® Advanced Treatment for Opiate Dependence
All topics for the Opiates.com blog are selected and written based on high standards of editorial quality, including cited sources. Articles are reviewed by Clare Waismann, CATC and founder of Waismann Method®, for accuracy, credibility and relevancy to the audience. Clare Waismann is an authority and expert on opioid dependence, opioid use disorder, substance dependence, detoxification treatments, detox recovery, and other topics covered on the Opiates.com blog. Some articles are additionally reviewed by one of Waismann Method®’s specialists, depending on their field of expertise. For additional information and disclaimers regarding third-party sources and content for informational purposes only, please see our Terms of Service.Exceptional Care & Better Outcome. Get In Touch With Us Today!