The History of Opioids in America

Home » Blog » The History of Opioids in America 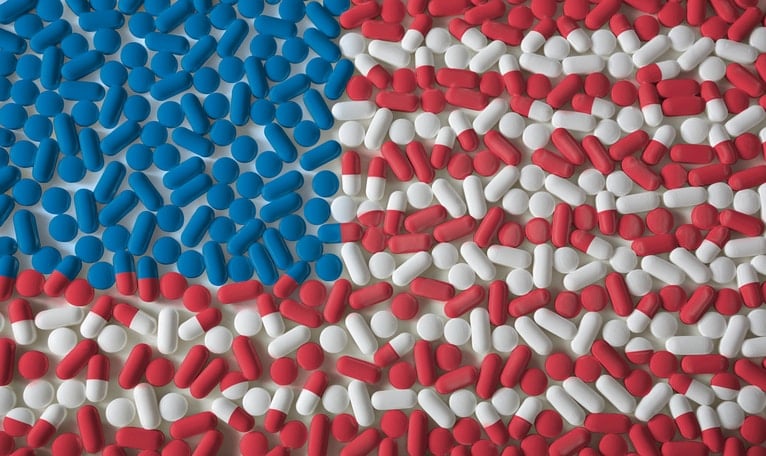 The country’s current outbreak of opioid addiction has roots in early American history. In fact, opiates became a regular part of the American experience in the mid-1850s and continued into the early 1900s. Read below to learn more about America’s long history with opioids.

The History of Opioids in America

1. Papaver somniferum is the scientific name for the plant that produces opium poppy, from which morphine, codeine, and other natural opiates are produced.
2. The Sumerians called the opium poppy “the joy plant” as early as 3000 B.C. It is the same plant that covered the field in which Dorothy and friends fell asleep as they approached the Wizard of Oz.
3. In 1620, the famous physician Samuel Fuller carried aboard the Mayflower an early form of laudanum, a mixture of opium and alcohol.
4. Laudanum was created by Paracelsus and was used by early American settlers struggling with smallpox and cholera diseases. Laudanum can effectively help manage pain and can be used as an anti-diarrheal.
5. Thomas Jefferson commonly used laudanum to help manage his chronic diarrhea, which contributed to his death. While still alive, Jefferson wrote to a friend, “with care and laudanum, I may consider myself in what is to be my habitual state.” Jefferson came to rely upon laudanum and even grew poppies on his estate.
6. It wasn’t long before opiate use became more and more common not only to help manage pain but also as a recreational drug. By the middle of the 1800s, recreational use became quite popular.
7. Eventually, opiates became used in many household products, including teething powders, over the counter pain medication, and even a baby’s soothing syrup to help calm fuzzy infants.
8. Many American companies had patented “secret” ingredients in their products, which often contained opiates, and in some cases, alcohol too. These products were legitimately used to alleviate peoples’ pain, while other times, consumers used these products to get high.
9. After the American civil war, drugs became increasingly strong over the counter, and makers began adding opioids such as heroin and stimulants, including cocaine. For instance, Bayer introduced a pain reliever to the market, which included heroin.
10. Other products, such as soft drinks, included opiates and great success around the century’s turn.
11. Finally, in 1906, under Theodore Roosevelt, the government passed the Pure Food and Drug Act, which required that any ingredients too dangerous or harmful in any way be listed on the label of products.
12. Three years later, the first federal law which banned the non-medical use of a substance was passed. The Smoking Opium Exclusion Act banned the importation, possession, and use of opium. However, this law did not regulate the use of opium in products. 13. Another law was passed in 1914, which required a federal registry of those who produce, import, manufacture, deal, and distribute opium of any kind. The Harrison Narcotics Tax Act of 1914 also imposed taxes on those engaged in any of these activities.
14. In 1919, the Supreme Court made changes to the Harrison Narcotics Act, limiting doctors’ ability to prescribe opiates to those struggling with a dependency. These federal changes did not prohibit doctors from assisting someone to wean off the drug. Still, it was the court’s opinion that such assistance was not considered professional practice.
15. In 1919, the 18th Amendment banned alcohol use, which led to an increase in using drugs, such as opiates, recreationally.
16. In 1922, the Narcotic Drugs Import and Export Act was passed, which attempted to control the importation, sale, and possession of any narcotics. Just two years later, heroin was made illegal even for medicinal use.
17. In 1933, the prohibition of alcohol was overturned, making drinking a socially acceptable experience, and as a result, anyone using opiates recreationally was easily marginalized.
18. When the Second World War ended, semi-synthetic, human-made opioids began to enter the market. Drugs such as hydromorphone, hydrocodone (Vicodin), and oxycodone (the prescription drug OxyContin) became available for doctors to prescribe. However, many doctors knew the drugs’ risks for their patients and shied away from prescribing them.
19. As America entered the 1960’s, recreational drug use increased significantly, including natural and synthetic opioids. Eventually, this led to the Controlled Substances Act in 1970, which was a consolidation of many laws that attempted to control the manufacture, possession, and use of various drugs, including opioids.
20. Three years later, the federal government established the Drug Enforcement Agency, which was another attempt to limit access to powerful opioids.
21. Around this same time, especially as more opioids became available for doctors to prescribe, more and more physicians were buying the idea that painkillers worked. As a result, prescriptions for pain medication increased. This was also fueled by pharmaceutical companies who communicated to doctors that they were under-prescribing pain medications.
22. The boom in prescribing pain medication has continued to grow. In fact, in a New Yorker article, the author highlights that by 2010, America was consuming 99% of the world’s hydrocodone despite America having only 5% of its population.
23. Since 1999, America has been in the midst of an opioid epidemic. Thousands of people struggle with a dependency on opioids, and many eventually die from overdoses. Drug overdoses are the leading cause of death in Americans under 50 years old. This epidemic has the historically highest opioid death rate, killing, on average, 10.3 people per 100,000.
24. Today, 91 Americans will die from an opioid overdose.

There is Treatment Available

If you are one of the thousands of Americans struggling with a dependency on opioids, there are treatment options available that can help you with living a healthy life opioid-free. If you’re concerned about managing a long-term pain condition, there are many alternatives to managing pain that doesn’t require the use of opioids. Little by little, America can slowly get out of this epidemic, one person at a time.Exceptional Care, Better Outcome, Get In Touch With Us Today