Opioids and Cocaine – The Deadly Results of Mixing Drugs 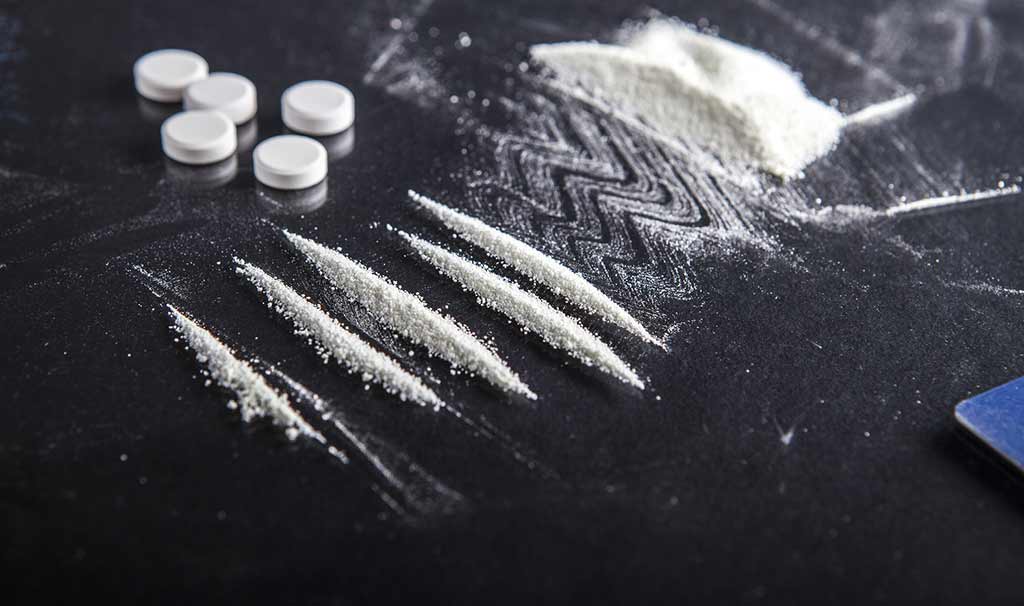 The combination of opioids and cocaine creates a whole new level of health risks, including death. The most common mixture is a “speedball.” A speedball is when the user mixes heroin with cocaine. Typically, speedballs are injected directly into the vein, giving the users a more intense and longer-lasting experience than other methods.

Cocaine is a stimulant, it raises the heart rate, while opiates, in turn, slow the heart rate down. When the two drugs are taken together in large quantities, the heart can lose rhythm entirely, leading to a heart attack or a stroke.

Mixing drugs is especially risky because the body needs to respond to different effects simultaneously, primarily when referring to a stimulant and a depressant. A stimulant like cocaine speeds the metabolism, while a depressant tries to slow it down. This push and pull reaction causes strain on the heart, lungs, and brain, which is sometimes more than the metabolism can handle. Ultimately, opioid drugs such as fentanyl or heroin mixed with cocaine dramatically increase the risk of heart attack, overdose, and brain damage.
Several factors dictate how the mixture of opioids and cocaine affects the user. There is a very distinctive difference in the effects of mixing cocaine with Percocet, oxycodone, or fentanyl. The stronger the narcotic is, the more cocaine the person is likely to use. The problem is that the euphoric effects of cocaine usually wear off much faster than those from opioids. When that occurs, the respiratory impairing effects of the opioids cause the lungs to struggle, which can easily lead to an overdose.

Rising Risks of Cocaine with Fentanyl

Drug cartels have become more fearless and creative. There are constantly new harmful developments in the drug world that seem to be plaguing Americans for decades. One of the more recent developments is the fentanyl often found in cocaine without the users’ knowledge. Together, these two lethal drugs have been responsible for the ungodly number of overdoses hitting every corner of our country. Often, the effects are debilitating or even fatal.

Here are Some Shocking Statistics:

“The continuous appearance of more potent drugs shows why the epidemic cannot be fought by only eliminating drugs. Instead, the issue needs to be addressed at the root by providing mental health care, effective medical detoxification, and prevention measures.” – Clare Waismann, Certified Addiction Treatment Counselor and the Founder of the Waismann Method of Advanced Treatment of Opiate Dependence and Domus Retreat, drug and alcohol treatment center.

It is challenging to suffer from any single addiction. When you add multiple addictions to the pot, it makes the struggle harder, both emotionally and physically. Cocaine or opioids don’t cancel each other out, just the opposite. All too often, they feed each other.
To better understand the risks, you need first to break down both drugs and understand what they are and their effects.

Cocaine is an illegal and highly addictive drug that is mostly used to intensify alertness and energy. It is often referred to as a stimulant and in the streets as coke, snow, rock, blow and crack.
The drug works by sending high levels of dopamine to the brain. Some of its short-term effects include:

Some of it’s more severe side effects can include:

Opioids are often found in pain relievers such as oxycodone, hydrocodone, fentanyl, and tramadol. Other drugs like Suboxone, methadone, and heroin, also contain opioids.
The common side effects of mixing cocaine with opiates are:

Substance abuse is harmful to every facet of your life, and the results of addiction are often fatal. It is simple, the more drugs you use, the more dangerous they become. Repetitive use leads to physical tolerance, which leads to addiction and escalation of doses. When drugs are combined, you multiply the issues and risks. You are placing yourself in a Russian roulette game when you use opioids, like fentanyl, which is often found in heroin, Percocet, and oxy with cocaine. This risky behavior is likely to cause damaging long-term and life-altering consequences.

It is essential to realize that mixing cocaine with opioids is nothing new. In the 1980s, speedball was already popular and known as the ultimate high. The upper effects of cocaine with the calming effects of heroin became quite appealing to its users, making this dangerous mix the drug of choice.
The issue is that nowadays, drugs are way more powerful, and people need more of a drug to stabilize the other’s effects. Stimulants mixed with opioids are called “goofballs” if methamphetamine is used instead of coke- sadly enough, the options are endless.
People ignore the risks of mixing substances because in much of the country, drugs sold as Percocet, heroin, oxy, or any other opioids, either consist exclusively of or are contaminated with fentanyl. This makes the opioid fifty to thousands of times stronger than heroin use to be. When an overdose does not occur, intense sedation takes over, which leads people to seek stimulants—a cocktail drug use with disastrous effects amid an already deadly opiate crisis.
The good news is that there is hope. There are treatment centers able to provide more than promises. Instead, there are real results. Results that can be long-lasting and maybe even permanent.

The Power of Effective Addiction Treatment

If you or someone you care about has been using cocaine and opioids, it is wise and vital to get help sooner rather than later. Although these two drugs are a powerful combination, comprehensive treatment and medical detoxification can be as powerful.
Waismann Detox® and Domus Retreat combined efforts to help maximize each recovery success. An experienced medical team at the hospital provides the necessary care to safely get patients through the withdrawal phase. The powerful interaction of opiates and cocaine causes patients to undergo various physiological episodes, leading to risky health events unless properly managed. Once a patient is physically stable, they are discharged to Domus Retreat.
At Domus Retreat, residents receive assistance through this significant time.
Drug abuse alters the brain’s structure and function. These alterations lead to a challenging regulation period. That is why many drug abusers are at risk for relapse even after a successful treatment program. Also, it is crucial to realize that no single treatment is appropriate for everyone. Treatment protocols should vary depending on the health needs of each patient. Providing treatment settings, interventions, and services to an individual’s particular needs is critical in achieving success. At Domus Retreat, we do just that. Treatment protocols and intensity varies according to each person’s changing needs.
Exceptional Care & Better Outcome. Get In Touch With Us Today!