Is an Alcoholism Crisis Looming in the U.S.? 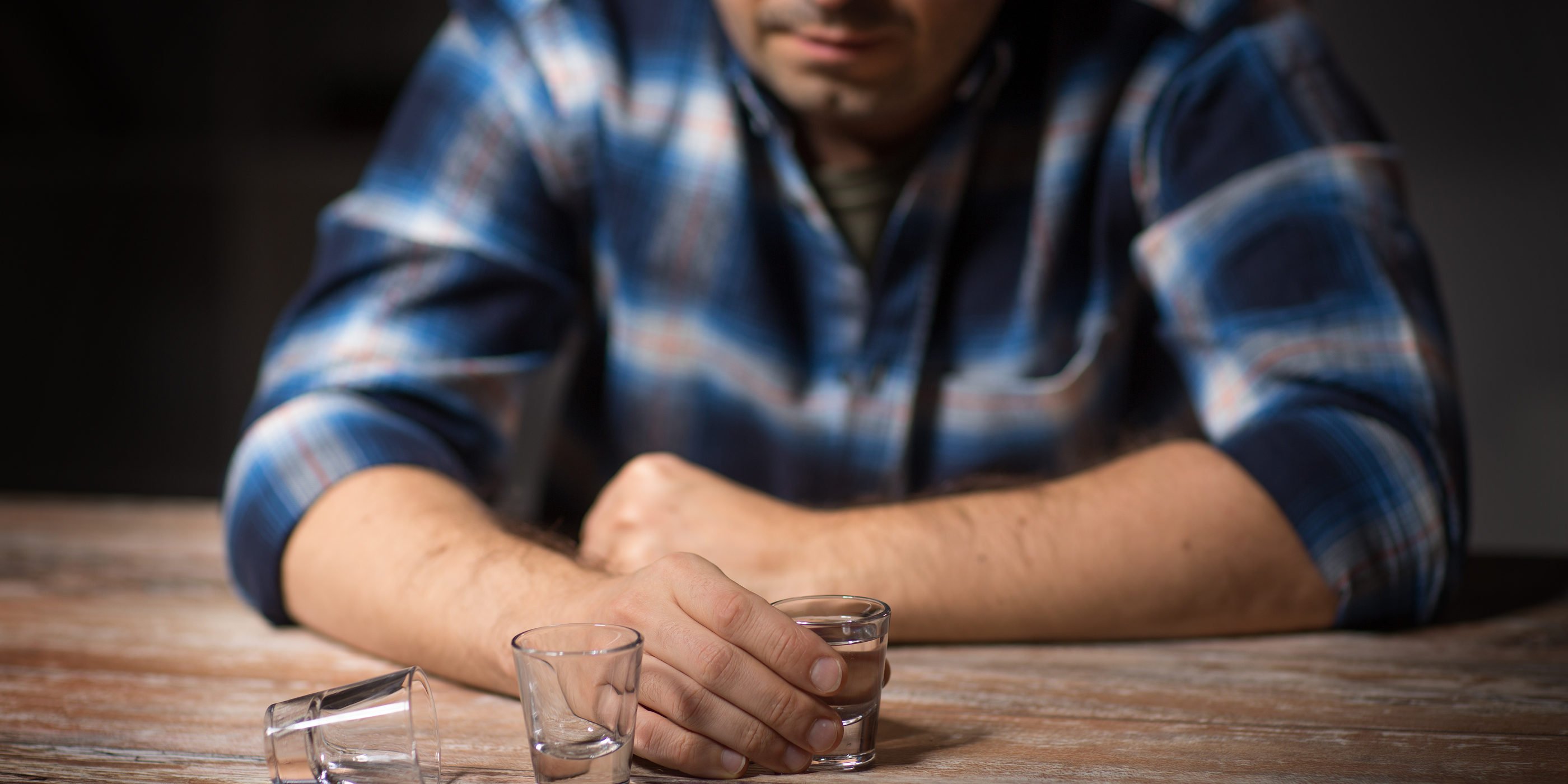 For the past few years, public attention has focused heavily on the opioid crisis sweeping across the U.S. But another public health emergency has been escalating: alcoholism.

Although opioid use and alcoholism involve different substances, their root causes are often the same, and they often co-occur. People in emotional and physical distress use the substances to numb their pain. Given the high rates of untreated mental health problems in the U.S., there are more people struggling with alcoholism and substance abuse than ever.

Although alcohol use is legal, alcohol abuse is having a detrimental effect on people in the U.S. According to the 2015 National Survey on Drug Use and Health, 26.9 percent of adults say they engaged in binge drinking in the past month.

See Also: When Drugs Dictate the Future of Our Youth, a Change in Tactics Is Necessary to Save Them

Opioid-related deaths have garnered major media attention as they have started to outnumber car accidents as a leading cause of injury-related death, with more than 47,000 people dying from opioid-involved drug overdoses in 2017, according to the National Institute on Drug Abuse. But nearly twice that number — 88,000 people — die every year from alcohol-related causes, making it the third-leading cause of preventable death after tobacco and poor diet. Both opioid and alcohol use disorder are crises.

The cost of the alcoholism crisis is tremendous: In addition to the loss of life, more than 10 percent of children are living with a parent who has an alcohol problem, according to a 2012 Substance Abuse and Mental Health Services Administration (SAMHSA) study, and as of 2010, the American Journal of Preventive Medicine reported that alcohol misuse had cost the U.S. $249 billion.

Alcoholism affects people of all backgrounds. People in the West and Midwest are most likely to engage in problematic drinking behavior, especially in urban areas of those regions, whereas people in the South are least likely to do so, according to Alcohol Research Current Reviews.

Most of the 10 states with the highest number alcohol-attributable deaths (AAD) are in the Midwest and West, according to data from the Centers for Disease Control:

When you compare the top 20 states from the CDC’s AAD report with the National Institute on Drug Abuse’s data on states with the highest number of opioid-related overdose deaths, you can see where the two crises have been converging. These areas appear in the top 20 on both lists, meaning that since the data was collected by each organization, these areas have had the highest numbers of alcohol-attributable deaths and opioid-related overdose deaths:

How These Areas Can Keep Alcoholism Rates from Increasing

Areas trying to reduce rates of alcoholism — or fight both the alcohol and opioid crises simultaneously — face hurdles such as helping people recognize these conditions and helping people get appropriate treatment. To address these challenges, state officials and residents need to:

Know the Signs and Symptoms of Alcohol Abuse

It is important to understand there is a difference between addiction and dependence. Alcohol addiction is a pattern in which a person craves alcohol and continues to drink despite negative consequences. Symptoms of alcohol addiction include:

In contrast, alcohol dependence refers to a physiological response to drinking alcohol resulting in triggering withdrawal when consumption is stopped.

Alcohol addiction develops when a person’s alcohol dependence has advanced as their tolerance to alcohol and amount consumed have increased. As this process progresses, symptoms of alcoholism can emerge at varying degrees, and if consumption is stopped, withdrawal symptoms can intensify.

Painful withdrawal symptoms and untreated or undertreated causes that led to developing the alcohol addiction can keep people from seeking treatment. Identifying these needs and understanding treatment options are critical to fighting this kind of epidemic.

Understand and Treat the Causes of Alcoholism

The causes of alcoholism are complex. Some of the factors that can cause alcoholism or contribute to a person developing an alcohol dependence include:

Mitigate the Dangers of Alcohol Withdrawal Through Proper Treatment

Most people with this condition begin to experience alcohol withdrawal symptoms within 8 to 12 hours after their last drink. Symptoms usually peak within 24 to 72 hours, but they can continue for weeks. The most common symptoms include:

Withdrawal symptoms are different for each person. Age, health, type of alcohol consumed, and duration of drinking all contribute to the severity of withdrawal. For example, people over age 40 are particularly vulnerable to negative symptoms during alcohol withdrawal.

In severe cases of alcohol withdrawal, a person might develop delirium tremens, a severe form of withdrawal that results in fever, hallucinations, agitation, seizures and confusion. In serious cases, delirium tremens can even be deadly.

The prospect of enduring such pain and risk — as well as not having treatment for the underlying reasons that prompted a person to start drinking heavily — can prevent a person from trying to detox. Without fully understanding treatment options for alcohol dependence, many people continue living with their unhealthy condition, increasing the likelihood that it will continue to escalate instead of pursuing a treatment that is right for their situation. How to Find the Best Treatment Options for Alcoholism

Going through alcohol withdrawal by stopping drinking cold turkey is dangerous and can even be deadly. Similarly, trying to wean off alcohol at home or without adequate medical support can create unnecessary health risks.

One of the best alcoholism treatments is a professional medical alcohol detoxification. Medical detox allows you to withdraw from alcohol with medical support, including medications, hydration, and close monitoring by skilled medical professionals. A qualified, proper treatment center takes an individualized approach, thoroughly assessing your physical, emotional and psychological health before you begin detox to ensure you get through withdrawal safely and successfully.

Too often, people search for alcohol treatment programs based solely on location and convenience. Many people also incorrectly assume that every treatment center is a rehab facility or that all treatment centers offer the same programs.

The best treatment option for each person is not always the one listed at the top of an internet search for “detox center near me.” If a person has certain responsibilities or conditions that require a treatment of a certain length, or if they have medical complications that can make detox more challenging, then the best alcohol detox treatment could be in another area or referred to by a different kind of term. For example, people searching for “alcohol rehab” might miss out on learning about the benefits of medical detox.

Why Medical Detox Is So Successful in Treating Alcohol Dependence

An inpatient medical detox program led by physicians who specialize in addiction medicine often results in the best outcomes. Medical detox is performed by detox specialists in a hospital where they can get a person through withdrawal safely, monitoring vitals and providing any necessary medical care throughout the process. Risks and discomfort associated with alcohol withdrawal are reduced because of the resources and medical professionals on hand at the hospital.

Many people also worry that successful alcohol treatment requires a long-term absence from work and other responsibilities. They confuse what they have heard about some rehab programs or assume that length applies to all treatment types, but that is incorrect. Medical alcohol detox, in contrast, typically lasts only a couple of weeks, meaning a person can be free of a physical alcohol dependence relatively quickly. In most cases, following medical detox with an individualized psychotherapy program while maintaining a productive life produces exceptional, long-term results.

What It Will Take to End Alcohol Addiction in the U.S.

Fighting the alcoholism crisis in the U.S. is going to require people changing their understanding of:

With adequate attention and resources given to the underlying causes of these addiction crises, people can find appropriate treatment options and regain hope and health. Maintaining the status quo won’t be enough to produce change in people’s lives.

Learn More: This Is the World-Renowned Medical Detox Treatment Center You’ll Want to Go To